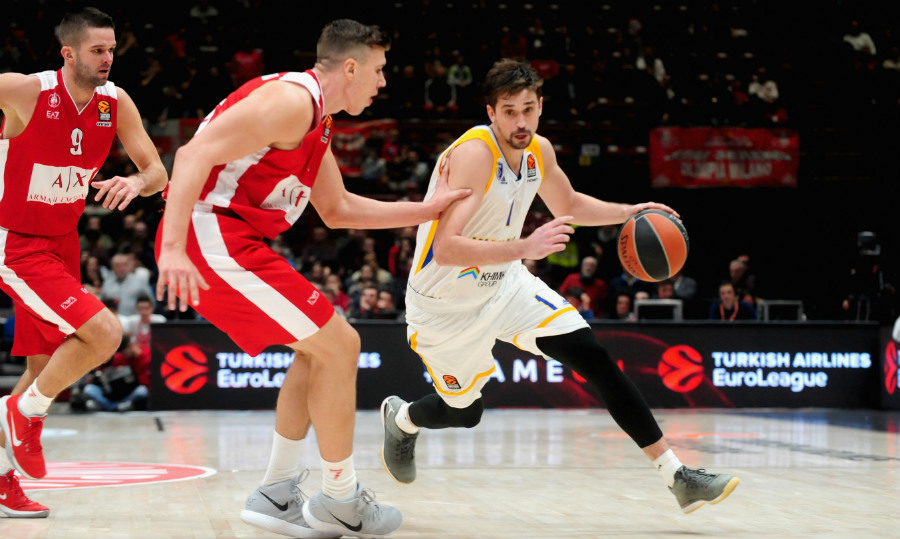 BC Khimki left to Italian side Milan to face AX Armani Exchange Olimpia Milan on the road. The game will be played at Mediolanun Forum on Thursday, October 25, 2018. Tip-off at 21:45 msk. Watch LIVE at Match! Igra, matchtv.ru and EuroLeague TV.

Khimki guard Charles Jenkins played for Milan during the 2015/2016 season and was a teammate of guard Andrea Cinciarini.

Milan's Mindaugas Kuzminskas and Nemanja Nedovic were teammates with Khimki guard Stefan Markovic at Unicaja Malaga during the 2015/2016 season. Kuzminskas and Markovic also played there the previous season.

“Milan is a team that looks to be in great shape right now, not only with the way they played against Real Madrid and basically Olympiacos, but also with the games in their domestic league. They score a lot of points: 95, 100, 107, so it’s obvious they have great offensive talent. Our main concern and priority is to control the rhythm of the game with some safe decisions and clear direction how we defend. We need to be consistent and very solid in defense if we want to have a chance to win. The other thing that is very important is physical situations in what both teams are; that becomes from the trips that you have. Right now we have five games in 11 days, so we are trying not only to prepare for this game but also to recover the team from this mental and physical tiredness”.

“This is definitely game that we need to win. They are a tough team; we know that from last year. They have many options in creating offensively. If we come in the game defensively ready and energized, I feel like we can win”.

khimkibckhimkieuroleaguemilan
Share on FacebookShare on ВконтактеShare on TwitterShare on ОК