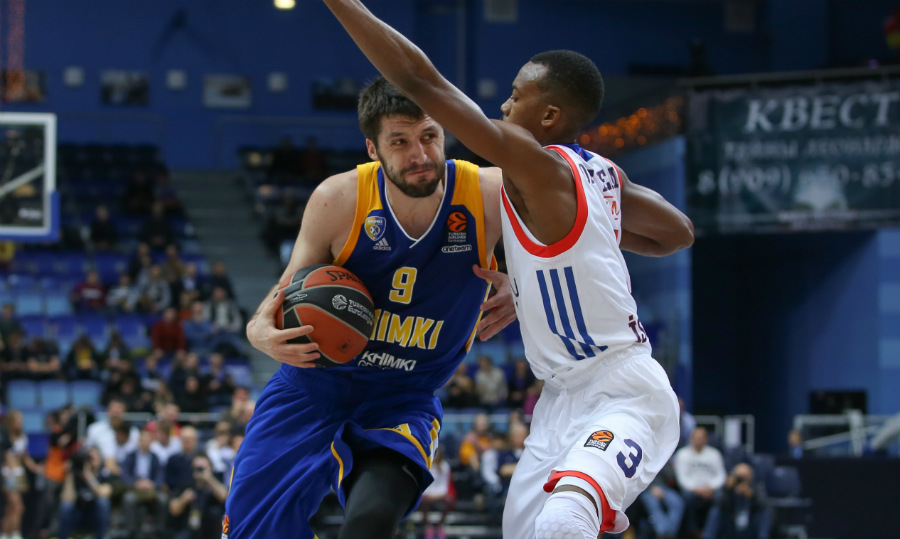 On Friday, October 19, 2018 BC Khimki will face Anadolu Efes Istanbul, Turkey in a EuroLeague round 3 game. The game will be played at Mytishchi Arena. Tip-off at 20:00 msk. Don't miss!

Dee Bost and Vasilije Micic were teammate at Zalgiris Kaunas for the first part of last season.

Stefan Markovic and Micic have played together on the Serbian national team.

James Anderson started 29 games for BC Khimki last season. He played under coach Georgios Bartzokas and was a teammate with majority of Khimki’s roster.

Krunoslav Simon and Andrey Zubkov were teammates at Lokomotiv Kuban Krasnodar during the 2014/2015 campaign.

Charles Jenkins and Simon played together during the 2015/2016 season with AX Armani Exchange Olimpia Milan.

“Efes is an extremely talented team, that is obvious from their roster. Also, they have a very experienced coach on the bench. Until now, they have been playing excellent in the season, in all their preseason and official games, except the last one with Zalgiris. This game will be special because it is on a double week, which basically demands a quick adjustment from the previous result, the trip and exhausted process that you’ve had. We need to get back to a winning process and try really hard for this”.

“Both teams had to travel this week, so there is no excuse about it. Efes is a really good team; a lot better than last year. They have a lot of individual talent, so for us it’s really important to focus on personal. Also, our defense will be very important because they have a lot of guys who can score”.

“It’s pretty difficult to play back-to-back games but it’s a part of our job. Guys are taking care of their bodies. We’ll face a good team and have to be ready”.

khimkibckhimkieuroleagueanadoluefesbartzokas
Share on FacebookShare on ВконтактеShare on TwitterShare on ОК